Oral health is very important to the overall health of an individual. We are posting certain topics from the ADA website to help inform our patients on varioius key points. Please call our office or email us with any questioins.

Dental erosion has been defined as the irreversible loss of dental hard tissue from acids, without the involvement of bacteria. Etiology is multifactorial and can be from intrinsic (often due to acid reflux) or extrinsic sources (diet, particularly soft drinks; and industrial or environmental chemicals). Beyond aesthetic consequences and associated oral health issues, erosive activity leading to exposure of the dentin can result in hypersensitivity and eventual loss of affected teeth.

Prevalence is understudied but rates in various countries have been reported from 5% to 97%.  A 2012 study of Greek adults found a prevalence rate of 28.6% among 840 individuals aged 18 to 30 years,9 and a more recent meta-analysis (2015)10 showed 34.1% of 16,661 children and adolescents worldwide exhibited dental erosion. In the U.S., the National Health and Nutrition Examination Survey (NHANES, 2003-2004) reported an estimated prevalence of 45.9% among children11 and up to 80% among adults.

Intrinsic erosion results from the introduction of gastric acids into the oral cavity at a frequency exceeding the ability of the buffering capacity of saliva or other oral health measures to prevent it, usually several times a week for a number of years.  Stomach acids may reach the oral cavity at such frequencies by gastroesophageal reflux disorder (GERD) as well as recurrent vomiting, such as occurs in bulimia, chronic alcoholism, and pregnancy, when it is referred to as hyperemesis gravidarum.

Figures, below. Moderate to severe erosion from GERD in the primary dentition.

Unlike intrinsic factors for dental erosion, erosion due to extrinsic factors may be a combination of dietary, lifestyle, environmental or occupational factors that expose teeth to acids in beverages or inorganic acid vapors released into the environment.

Since dental erosion is irreversible, the focus of erosion intervention is prevention and reduction, followed by management. Management includes lifestyle and diet changes, and, if necessary, restorative treatment to halt progression of erosive lesions.

Some studies have found that milk and yogurt products (presumably unsweetened) may have a protective effect against erosion because of their calcium and phosphate content. Calcium supplemented to acidic beverages, and other calcium-enriched products, have been suggested as protective alternatives to soft and sports drinks,but not well studied as to their efficacy. Fluoride may contribute to remineralization of enamel, but others have warned that fluoride’s “ability to prevent erosion cannot be presumed.”

More recently, however, several in situ studies have indicated that fluoride treatments are effective in protecting dental enamel from the effects of erosion, although efficacy varies according to compound or preparation, and further research is needed.

Talk to a Doctor

Have a Different Question? 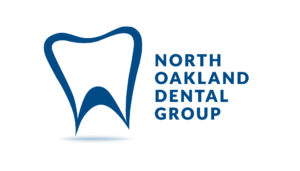